I.          THE UGB TERMS, CONDITIONS & THE MINIMUM ELIGIBILITY CRITERIA FOR APLLICATION IN ANY COURSE UNDER CBCS SYSTEM

A.      For Admission in any Honours Course, the candidates should pass the Higher Secondary or Equivalent Examinations with at least either:

iii)                50% marks in the aggregate for those Candidates opted for Hons. in any Social Science subjects having not opted the concerned subject in their +2 level.

B.      For SC/ST candidates the minimum marks for eligibility shall be 5% less.

C.      Only two year back candidates will be considered i.e a candidate passed not earlier than 2019 are eligible to apply.

D.      In case of back year candidates, 5% marks will be deducted from the calculated RANK  for each year lapsed

E.       Admission to B.A/B.Sc.  First SemesterHons. and General courses are made strictly on the basis of the RANK/merit panel prepared as per university norms.

F.       Merit List will be prepared as per the formula advised by the University of Gour Banga

G.     The candidates opted for honours course in any language must have the concerned subject in the HS level.

H.     Candidates opted for Hons. in any Social Science are eligible to apply without the concerned subject in their +2 level. However in that case his/her subject marks will be treated as zero in calculating the RANK.

I.        Candidates from vocational stream with English as a compulsory subject and approved by the Govt. of West Bengal are eligible to admission in the B.A.  General courses only.

J.        Candidates taking Geography as Honours or General Course may choose Economics/ Mathematics as an Elective Subject along with other subjects.

K.      Economics and Mathematics may be opted as Elective Subject both in B.A. and B.Sc. courses.

L.       Candidates Passed out (+2 level) from the State Board of any province of India along with the CBSC and ICSE (as listed in the NIOS) are eligible to apply.

N.     As per University of GourBanga the RANK calculation formula :

In case any candidate opts for an Honours beyond his subject combination (Except linguistic subjects) at H.S. (10+2) Level, the merit list of Honours courses will be prepared as:

N.B. Rules and Regulations may change subject to the notification of the University of Gour Banga and the Govt. of West Bengal.

A candidate has to apply separately for each and every subject opted for Honours as well as General courses. Candidate applied for a subject/course will be considered for that particular subject/course only. In no cases a candidate applied for honours will be considered for general course or vice versa. There is no bar on the submission of maximum number of application in any course. However, an applicant must submit at least one application in any general course as per his/her eligibility. 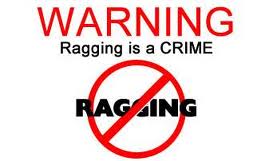